Nakedness isn’t a sexual thing for me at all. I have a greater tendency to be anxious.

Beatrice “Trixie” Cordua has been dancing for over 60 years. She herself doesn´t really know why she is so often naked at the same time. 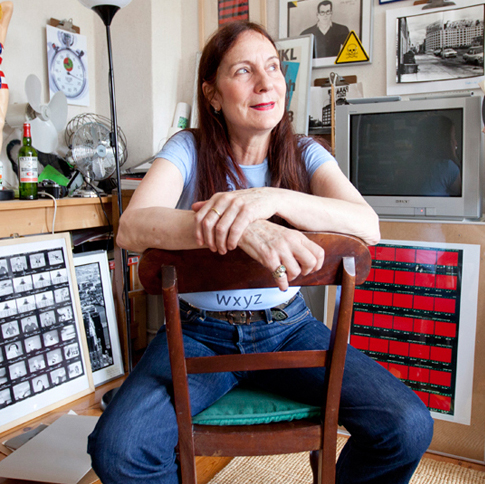 I used to shoot naked scenes for my husbands’ friends. 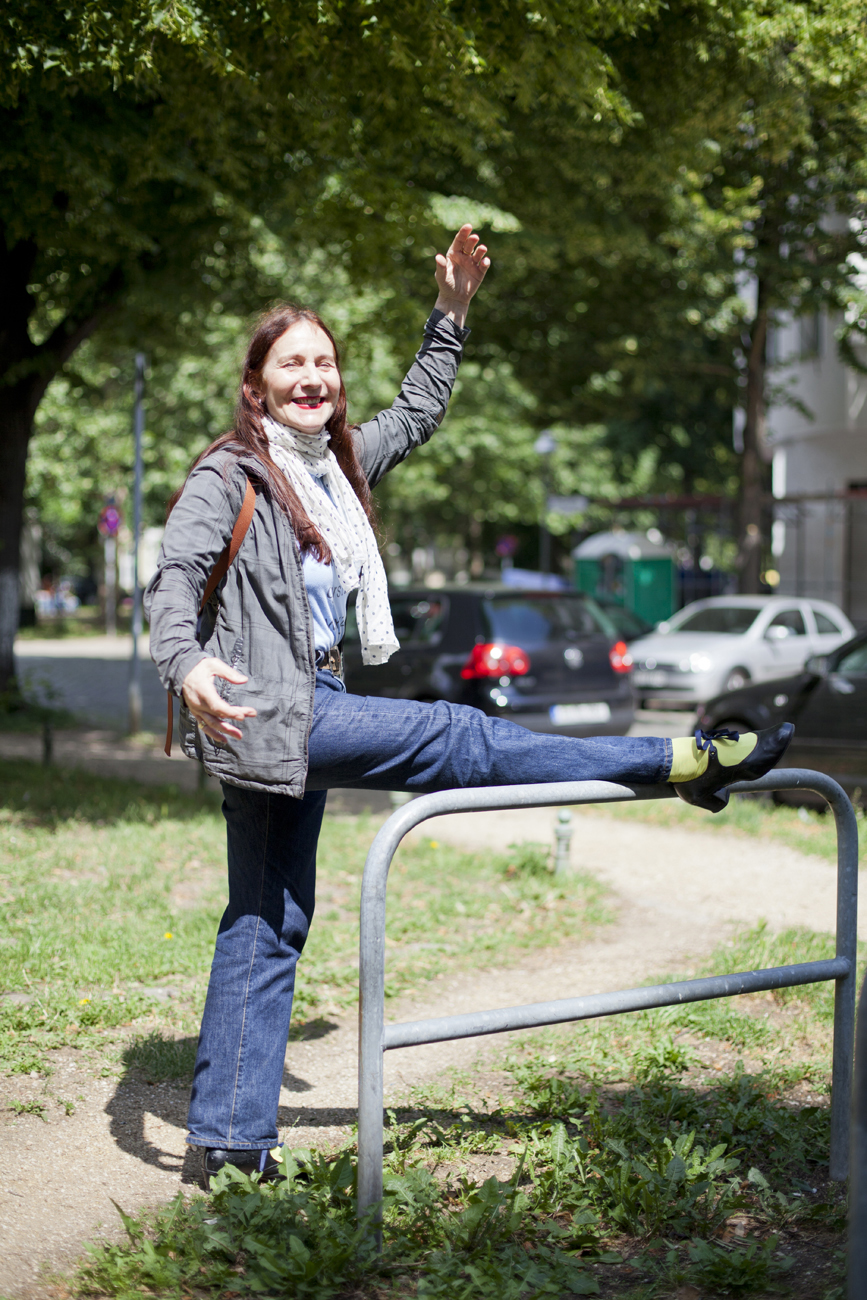 It’s hard to believe that this woman is already 71 years old. With her long, reddish-brown hair and her smooth face, Trixie Cordua could easily pass for someone twenty years younger. She stands in the doorway of her old-style Neukölln home where she has lived since 1994, and invites us in.

Books and film rolls are piled right up to the ceiling in the narrow hallway. The living room is a hotchpotch of pictures by her husband, the artist and film-maker Ludwig Schönherr. A doll of the American comic figure Wonder Woman hangs between photographs of adverts from the 70s. The curator of the Venice Biennial just dropped by to see Schönherr’s pieces. “There’s not much of me on show here actually”, says Trixie Cordua with a slight Hamburg accent. “His first film in 1968 was about me. But otherwise my husband tended to photograph the other ballet girls”.

I didn’t take to dancing all that naturally. I wasn’t particularly gifted.

For years, Trixie Cordua danced for the American ballet director and choreographer John Neumeier in Hamburg. She spent years as his prima ballerina, and later became the first female soloist on the Berlin Volksbühne. Today she produces her own works, often in collaboration with the artist Thomas Langkau and usually in Dock 11, an off-stage studio in the Prenzlauer Berg area. “They are always really controversial pieces”, Trixie Cordua explains as she pushes a DVD into the computer.

Against the raw backdrop of a warehouse she can be seen dancing the folk dance “Schuhplattler”, naked. In the next piece she is performing a bust-ballet by moving her breasts in time with the music. The invitations to her performance-before-last feature her washing her feet in a bowl of water, naked. Why she desires to be naked? “I don’t really know myself why I’m always naked”, she says with almost a hint of coyness. “That’s how it’s been for a long time. I shot naked scenes for friends of my husband’s, all filmmakers. I also danced a naked solo for Neumeier. It didn’t bother me. I was brought up really liberally“, she adds.

It doesn’t always go down that well with the audience, however. Once, after a performance, a woman hit her on the head with an umbrella. “Nakedness is not about sexuality for me. I actually have a greater tendency to be anxious”, she says. Indeed, Trixie Cordua still suffers from stage fright before performances, and she did latest when she dances in Kenneth MacMillan’s “Las Hermanas” with the Bavarian State Ballet.

Trixie Cordua is what would once have been described as a “high-society girl“. Her father was a reputable doctor and professor in Hamburg, and she grew up in a large house. “It was all so respectable” she says, looking back almost in disbelief. She went to London to train as a ballet dancer. “After the war, there was nobody in Germany who could teach us, many dancers had emigrated”, she explains.

“I didn’t take to dancing all that naturally. I wasn’t particularly gifted and had to work ridiculously hard. I was lucky that many people were interested in me, perhaps because I was so enthusiastic and committed”. Trixie Cordua danced classical ballet until she was 45, when she went to New York for a year to train in teaching. “I found this more scientific approach to dance to be fascinating”, she says today. 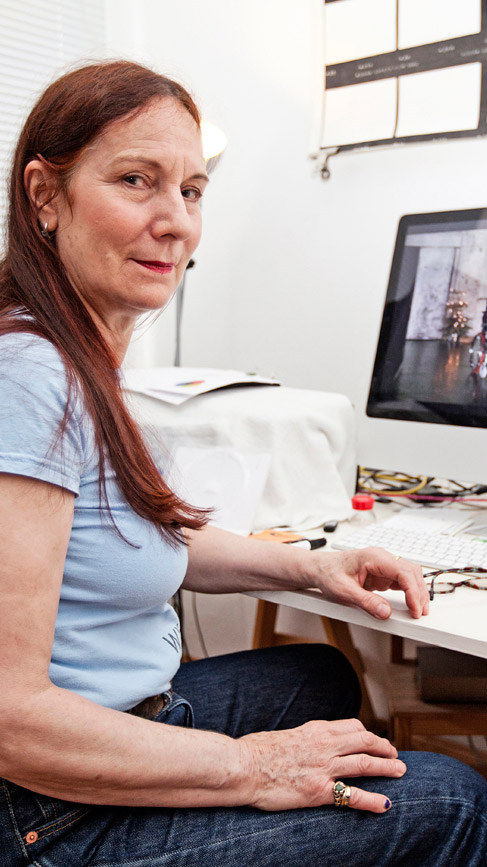 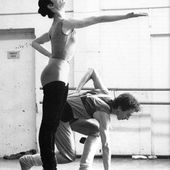 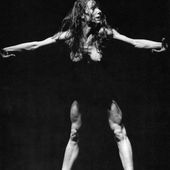 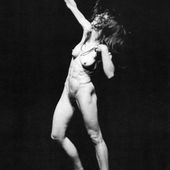 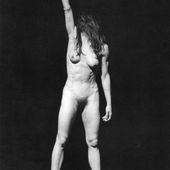 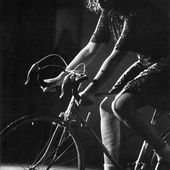 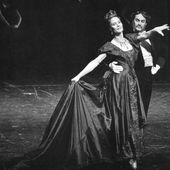 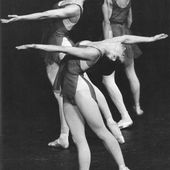 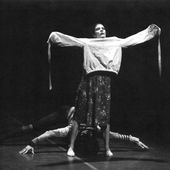 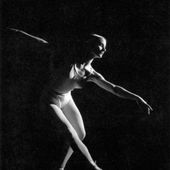 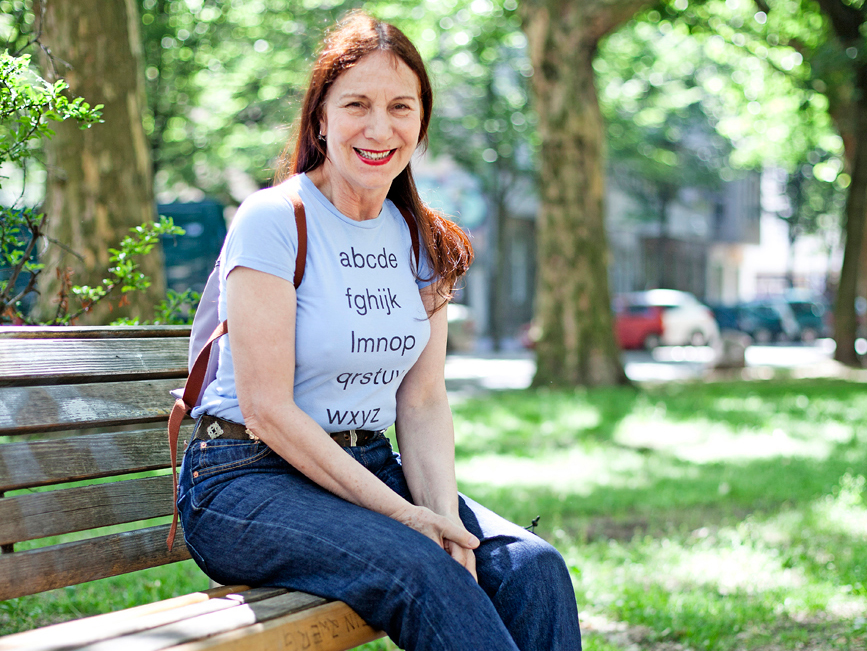 I prefer the people of Neukölln to the superficial people of Charlottenburg.

She gained access to the world of visual arts via her husband, who has known her since she was 13. They got married at 23. “No kids, no furniture – that was always our motto. And we’ve stuck to it. You see, there’s nothing but junk in our flat” she says laughing, with a glance at the full-to-bursting metal shelves hailing from the DIY store.

Trixie Cordua goes to dance training in the Mitte area three times a week. She rehearses on a floor made of GDR lino in an old school sports hall, near to the Märkisches Museum. The rent is three euros an hour. “These kinds of niches are now getting harder to find across the world, so people come to Berlin”, she says.

Trixie Cordua finds inspiration in improvisation and in shabbiness. “That’s how I get good ideas for my pieces. In fact, rooms where other people have already had great ideas tend to intimidate me”. 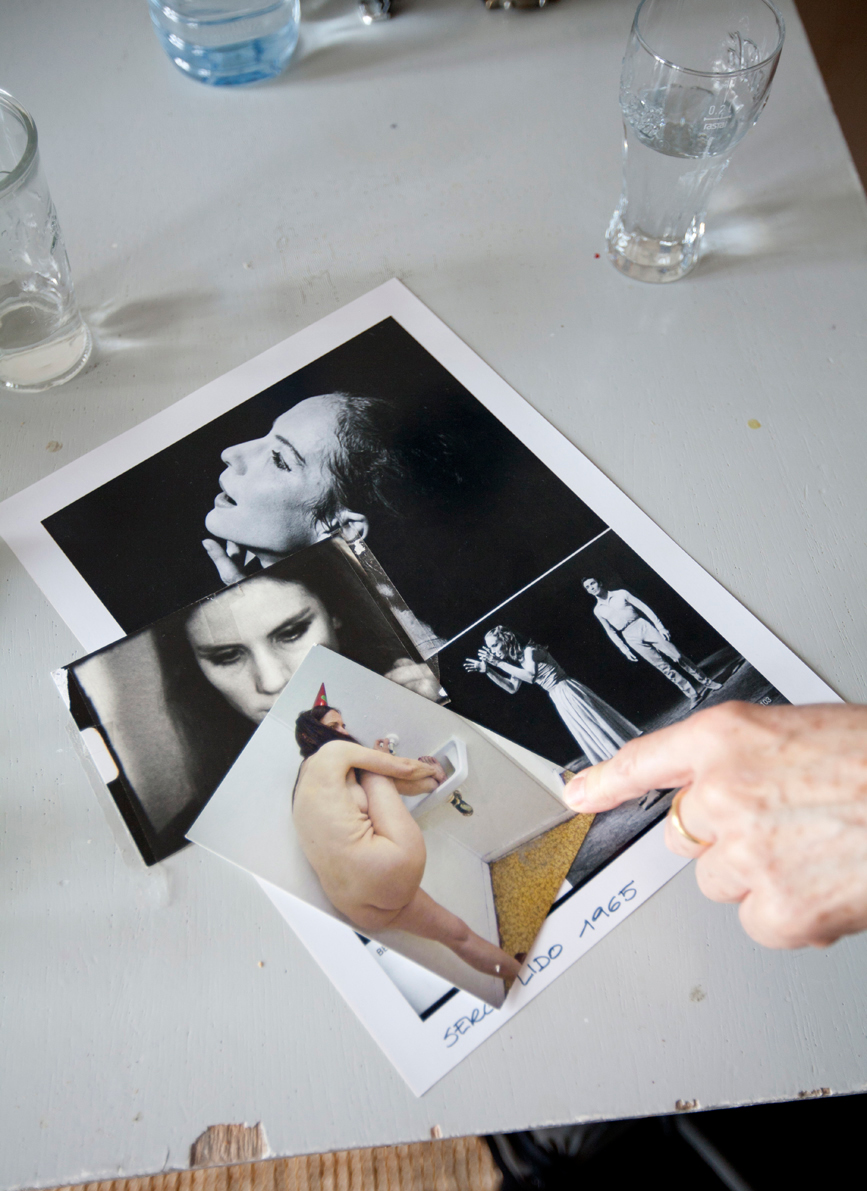 Since she’s been living in Berlin she has started to feel happy in a city for the first time in her life. “Berlin is so unusual because it reveals such a great amount about Germany. It shows our history and our strengths, but also really underlines our weaknesses. It must have something to do with the fact that it isn’t finished. Or even that history is so clearly visible here”. Even her Neukölln neighbourhood has been undergoing some upheaval: since the Tempelhof Airport was closed and replaced by an enormous park, the area around the Schillerpromenade has become popular. Before the arrival of the artists and small galleries it was something of a social flashpoint, but now there are pretty little cafés opening up one by one. Trixie Cordua feels good here, even if there are still a number of social problems. “The mix has improved, and that’s a good thing. I prefer the people of Neukölln to the superficial exteriors of Charlottenburg inhabitants”. She is currently putting together a new piece. She writes in her notebook every day because “my pieces always have something to do with me”. Once again, this is not going to be easily digestible fare, this much she has decided: “art has a certain necessity because it gets to the heart of things. I like radical, unambiguous art. Some members of the audience are horrified by my pieces because they don’t see what they already know. Life is tough, art is tough, but some people aren’t strong enough for that”. She is not thinking about retirement: “I have no idea what the difference is between life and work. I have never been on the type of holiday where you lie on the beach or anything like that”. If ever she were physically unable to continue dancing, she would at least try to drive forward her husband’s work: “we’re a good team” she says, with a loving smile. 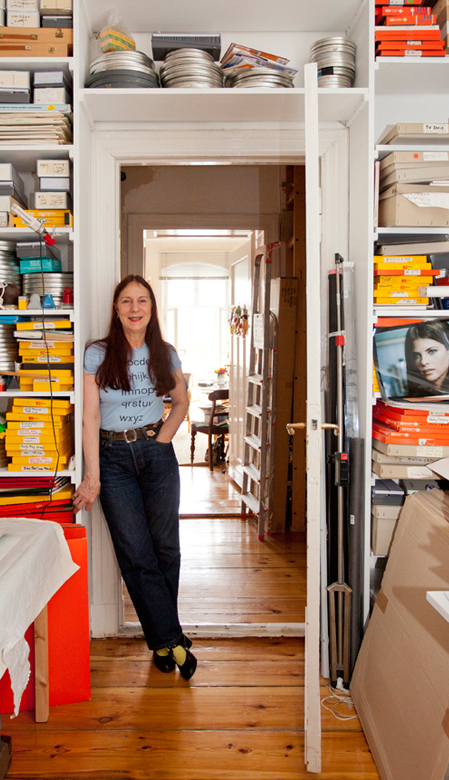 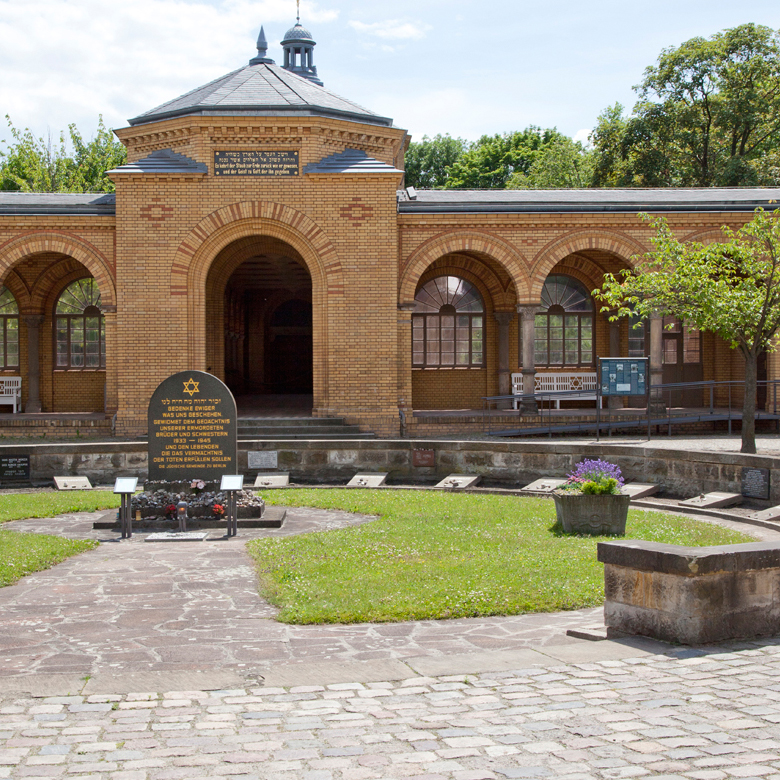 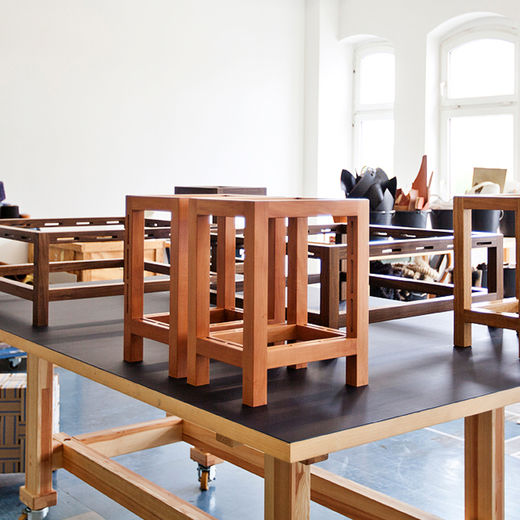 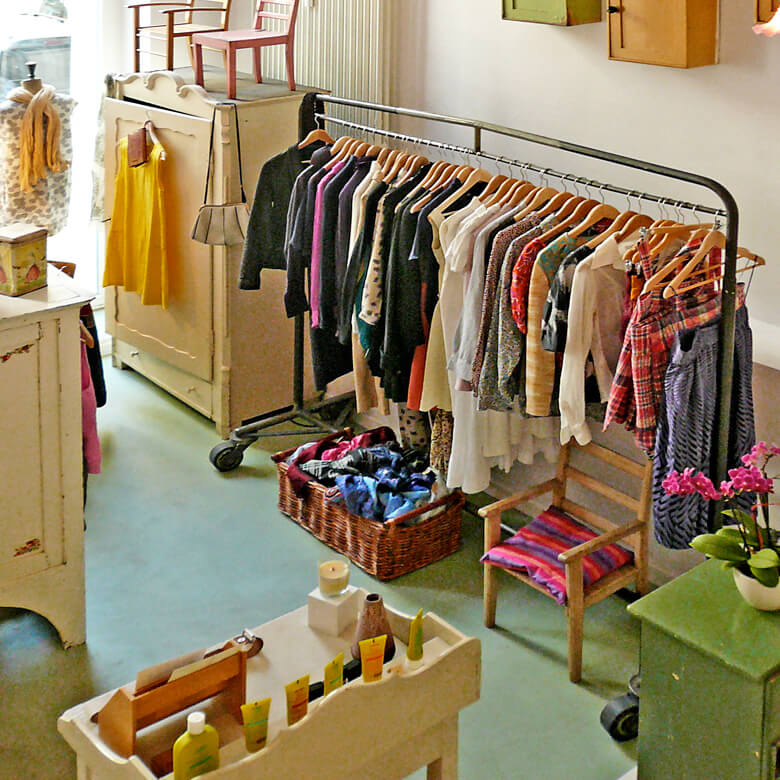 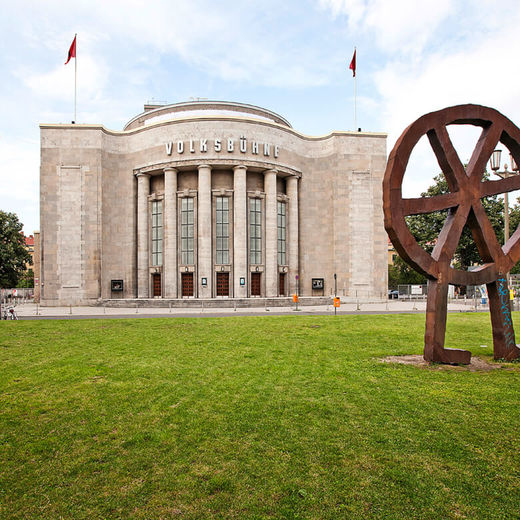 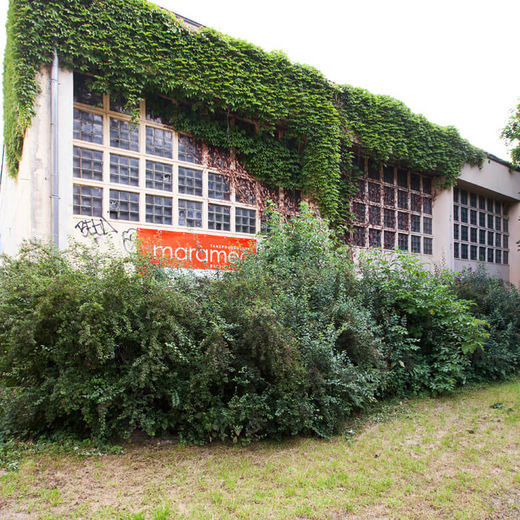 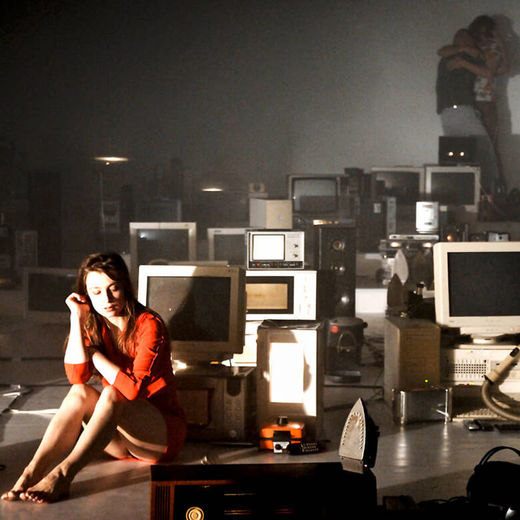 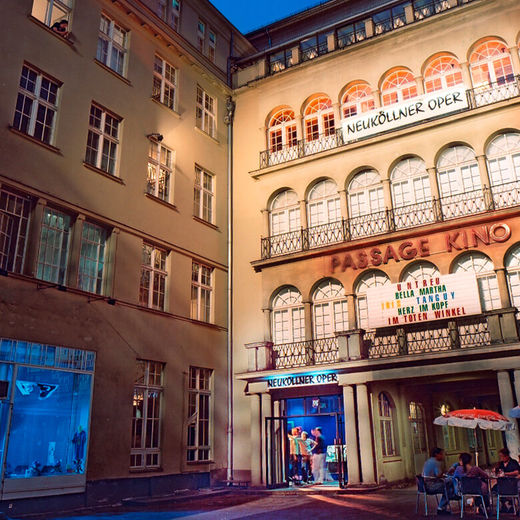 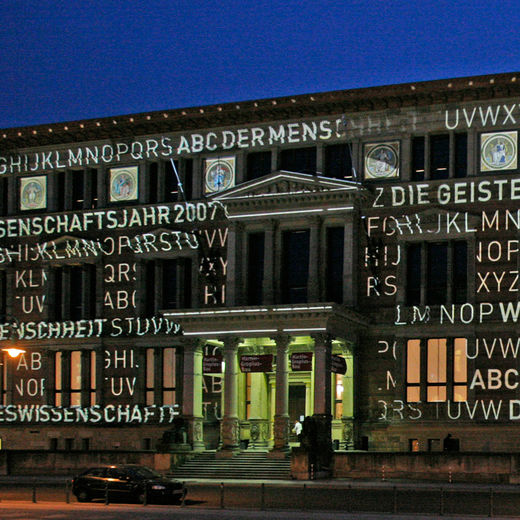 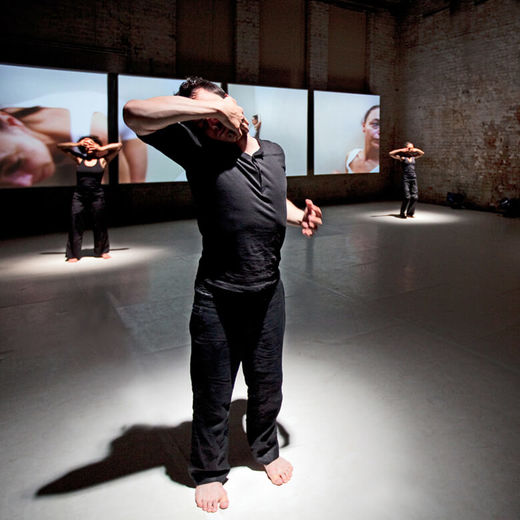 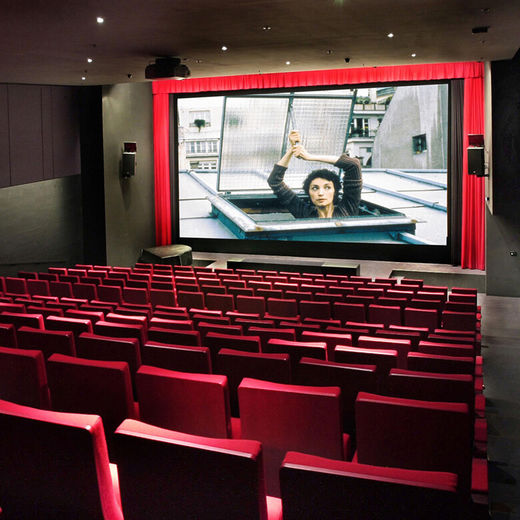 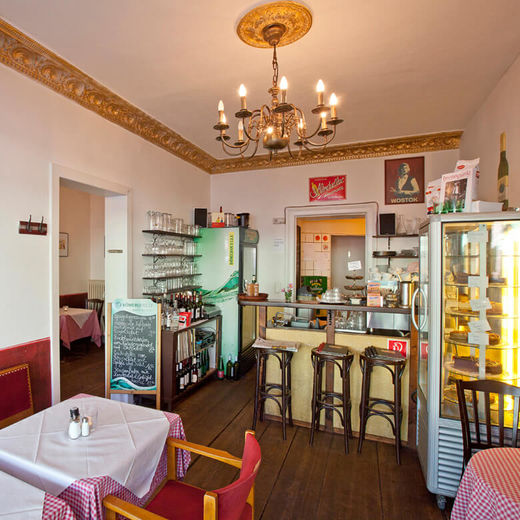 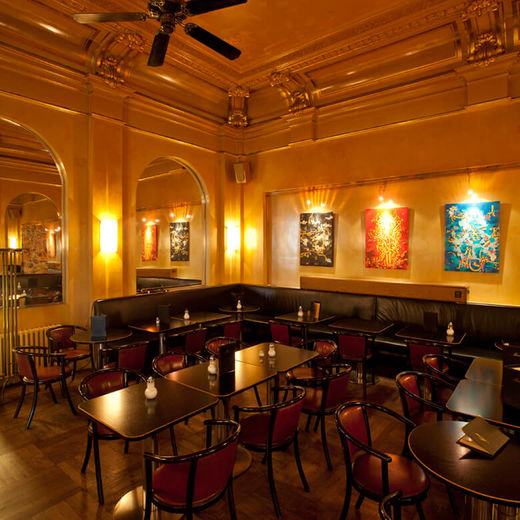 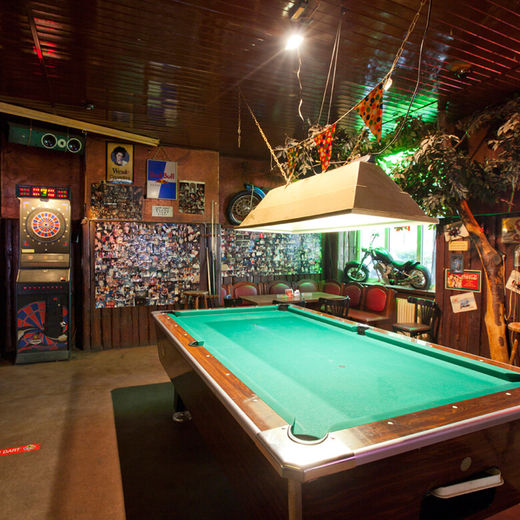 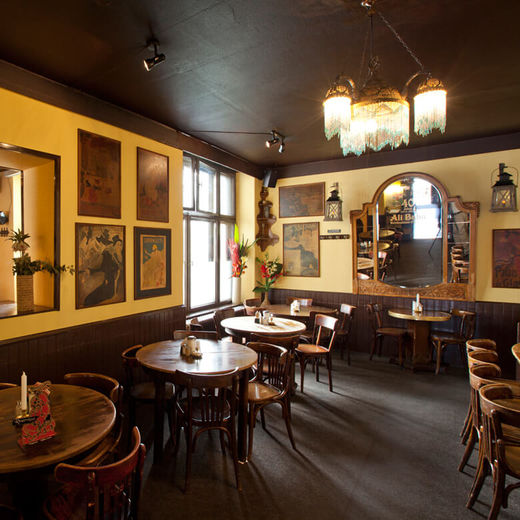