Spray paints in the white cube

Spray paints in the white cube

I wanted to display street art on a level similar to that of ´normal´ art.

Street art in a gallery - isn't that something of a paradox? Marc Scherer doesn't think so. In his ATM Gallery in Kreuzberg he provides a platform for art from the street - and also gets his own hands dirty. 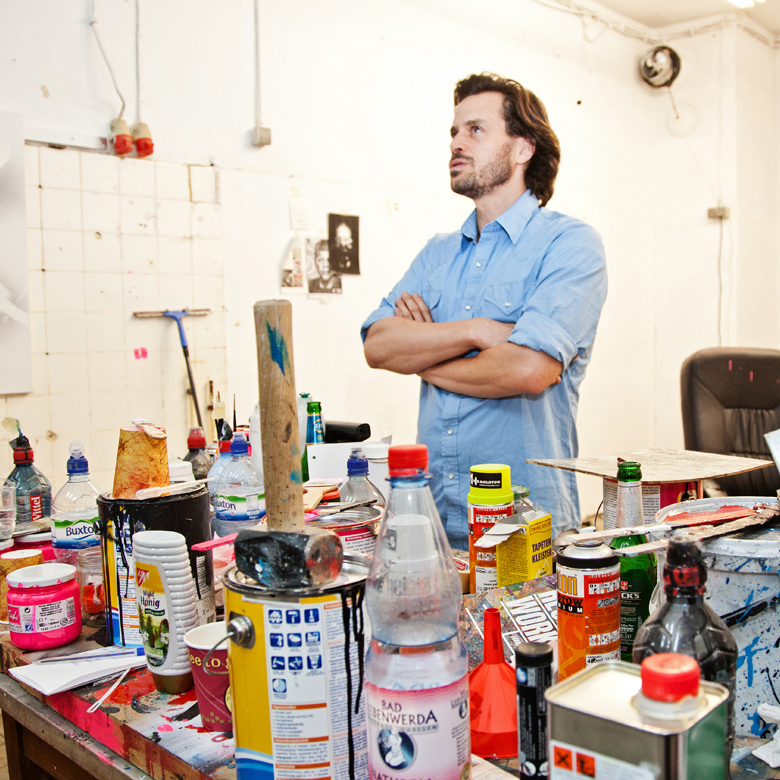 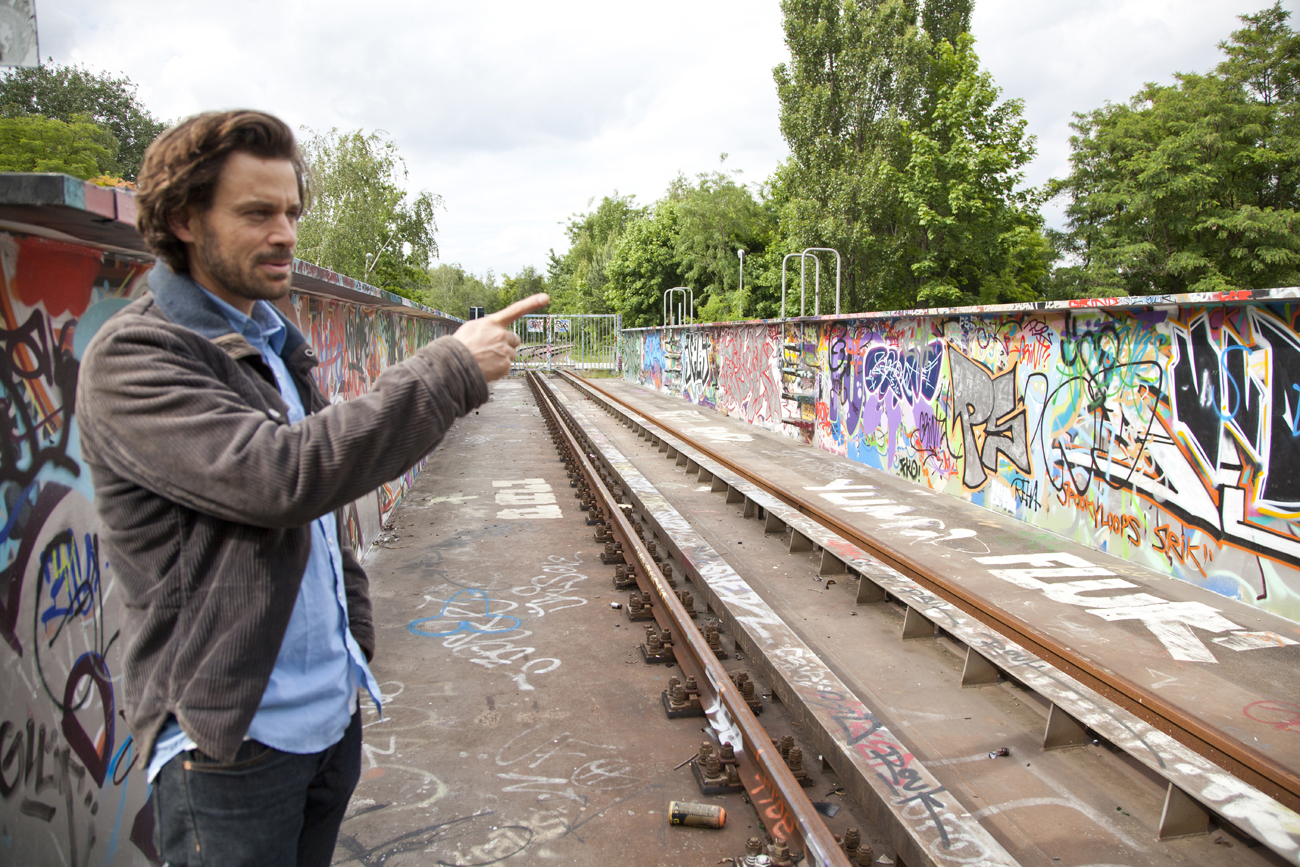 Marc Scherer is often asked where one can find street art in berlin outside of his gallery. 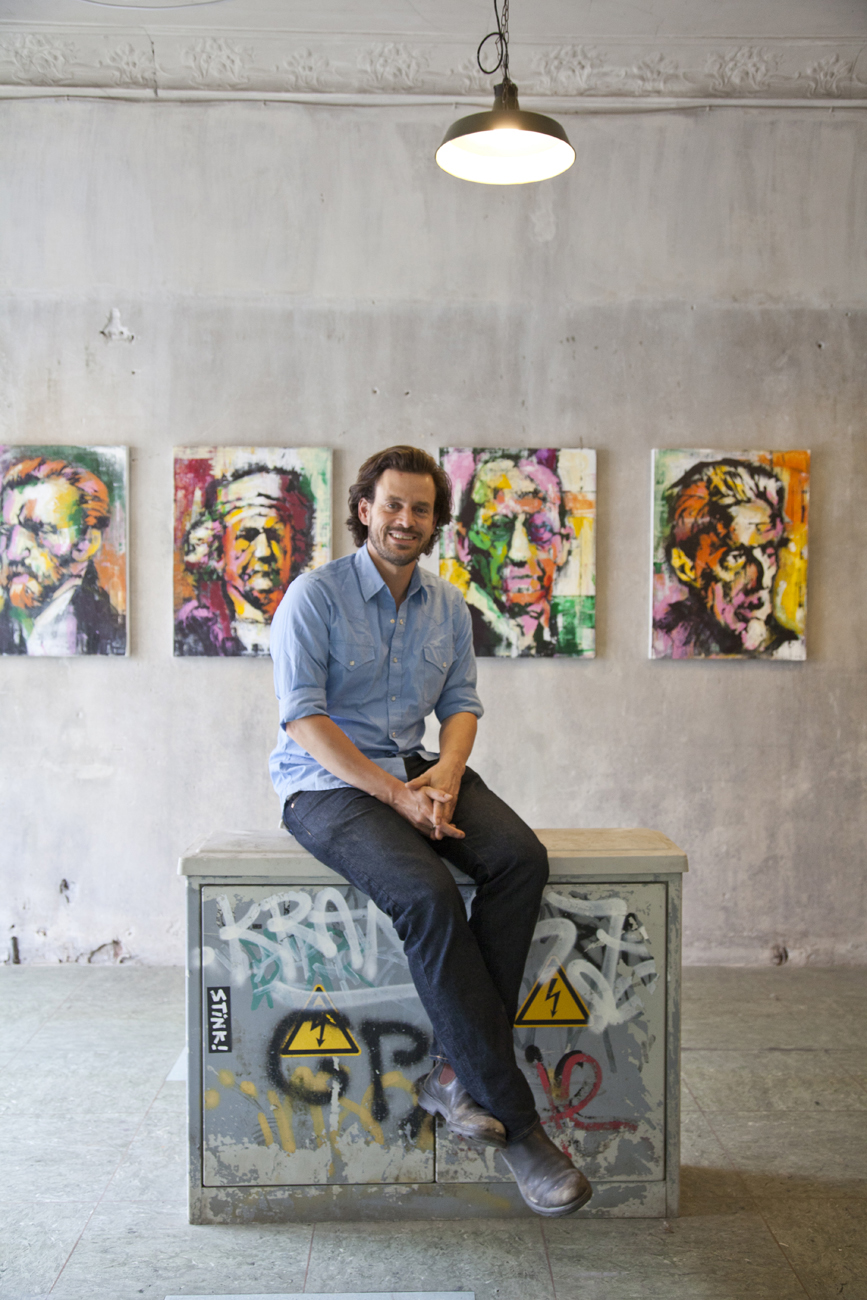 In most cases, you won’t expect it: you’re just turning into a grubby little street when suddenly a space traveller looms up several metres high in front of you, sprayed onto a fire-wall. Or, in an inconspicuous tree at the edge of the road, you might discover shapeless balls of fur that look like sloths from a distance but that have in fact been hung up there by a group of artists. Or perhaps a disgruntled looking bear, sometimes grinning, sometimes fierce, follows you as a sprayed template figure around the whole city. “Street art has that great element of surprise” says Marc Scherer. “It shouts ‘over here!’ louder than art which is only on show in museums”.

Streetart shouts ‘over here!’ louder than art which is only on show in museums.

Marc Scherer runs the ATM Gallery in Kreuzberg, a gallery for street art. Excuse me? Isn’t that a contradiction in terms? “The natural habitat of street art is, of course, the street”, admits the 41-year old. He is used to his project provoking questions from both art lovers and street artists. Some of them would never agree to exhibit in his gallery. “That moment of surprise that you experience in the street is naturally absent in the gallery. People are prepared to see these artworks here”. The majority of artists therefore create works for an exhibition in a different form to the one that they would show on the street. 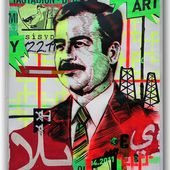 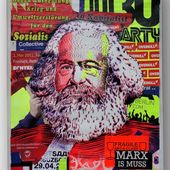 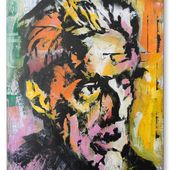 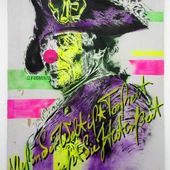 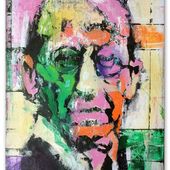 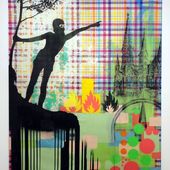 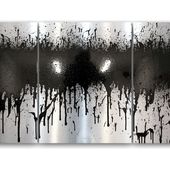 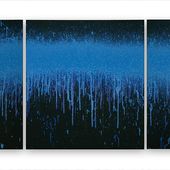 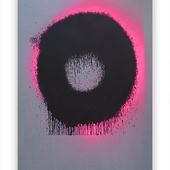 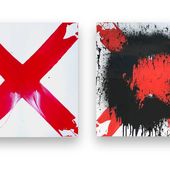 Six rifles cast in concrete with soldiers‘ helmets resting on the stocks, in a room carefully painted white with stucco embellishments and a brown tiled oven. Marc Scherer created this as a memorial to those who have fallen as the result of wars all over the world. Screens, which the Briton Stephen Hiam has sprayed using a leaf blower, hang behind. It is one of the two exhibition rooms that you can see into from the street. From here the workshop can be reached by following a long corridor that is typical of Berlin.

The neighbours were really happy when we moved in September 2011 and even brought food around.

The shop stood empty for nine years, previously having been the site of a bakery. As an elderly gentlemen walks by outside he gives a friendly wave in the direction of the display window. “The neighbours were really happy when we moved in in September 2011”, says Marc Scherer, who lives close by with his wife and small daughter. The neighbours even brought food around to the new tenants. Before the ATM Gallery’s move to Kreuzberg, its home was on Brunnenstraße in the Mitte area, the archetypal gallery quarter. “Street art started being really hyped up in Berlin between about 2005 and 2007. It seemed then as if everyone in the city was making street art”, Marc Scherer recounts. 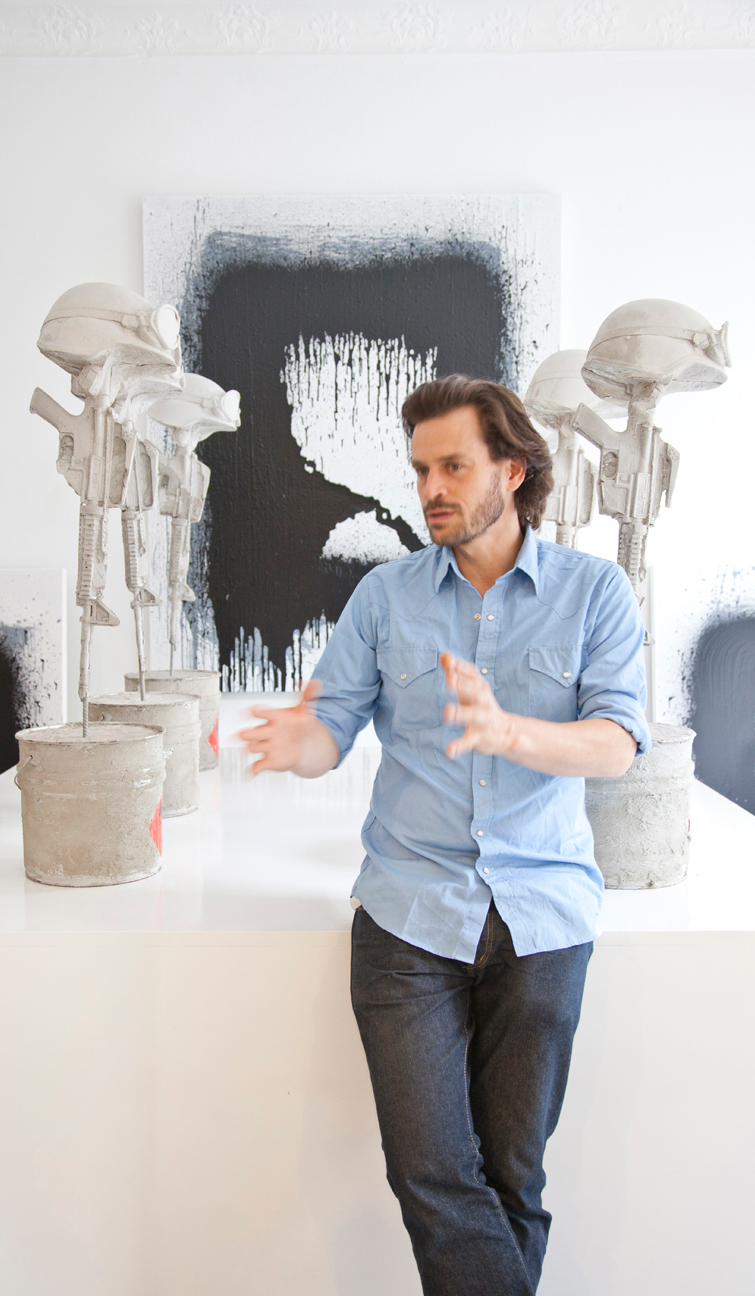 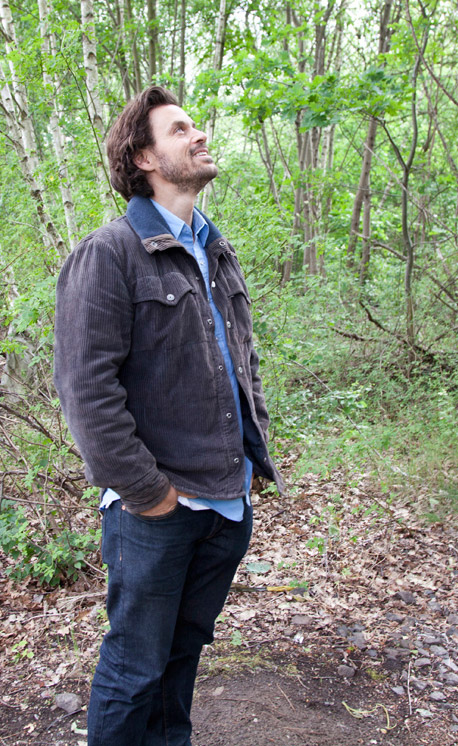 In those days he worked in radio and had a small workshop in Kreuzberg where he produced, among other things, templates that he would then use to spray figures onto walls. In 2007, he opened the gallery on Brunnenstraße in a former hall of a bank. This also explains the name, ATM. When the gallery in Mitte closed, he hadn´t actually intended to open up a new one.

Street art can only thrive if it is allowed to roam free in its natural habitat – that is in the street.

“I wanted to display street art on a level similar to that of ‘normal’ art, meaning contemporary fine art, because I think that both types occur on the same artistic level”. The move to Schönekreuz, as Marc Scherer calls the area where the districts of Schöneberg and Kreuzberg meet, was pure chance. When the gallery in Mitte closed, he hadn’t actually intended to open up a new one. Making art, displaying art, earning money working as an announcer on the radio, starting a family – all of that seemed like too much for him. “But then we stumbled across the premises here”, he says. As the many other galleries that have been settling in the surrounding area would agree, it’s no longer that important to be in Mitte. They have a certain kudos. Those who are interested follow them to the new location, and the rent in this part of Kreuzberg is considerably cheaper. Marc Scherer grew up by the North Sea. He studied visual arts at the Berlin arts college (HdK), now the Berlin University of the Arts. “When I finished my studies I felt disillusioned” he explains. 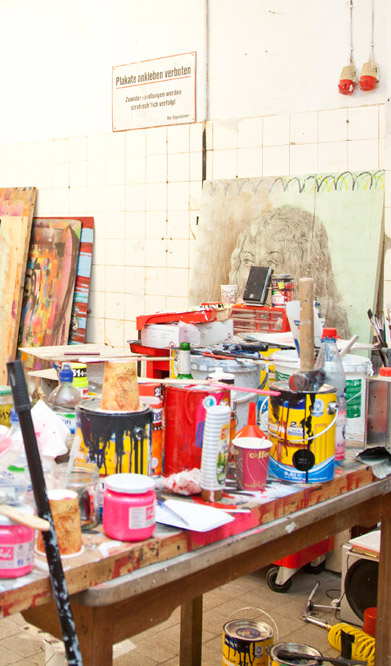 “The art business seemed so cliché. You really had to pick a direction and then either you’d make it there or you wouldn’t”. In 2003, he visited the Backjumps exhibition in the Kunstraum Kreuzberg. “I thought street art, man, that’s it! With hindsight I can see that I was annoyed at myself. My own work always ended up going to seed in the rooms of the HdK. I might as well have put them out on the street”.  The artists whose work is exhibited at the ATM Gallery are often found through private networks. Many are former graffiti artists who have then developed further in the direction of street art. “There are artists who spray with templates, or there’s paste-up, which means posters stuck to the wall with paste”, says Marc Scherer, giving just a few examples of typical art forms. The spectrum ranges from urban sculptures and “ad-busting” – the alteration of advertisements – right over to urban interventionism, which is the conversion and interim use of existing spaces. Also not forgetting “urban” or “guerrilla” gardening, which is planting up public spaces.

The leap from the street to the gallery isn’t always entirely painless. “The art has to be transformed”, says Marc Scherer, “it has to undergo some slight alterations. I know myself as an artist that a work you’ve previously done outside needs to be made to fit the space. And that’s what it’s really about”.

The gallery's other aim is, not least, to sell the artworks and allow the artists and those who run the gallery to have a form of income. Consumers of street art are often young and don't have much money, tending to be more interested in the smaller pictures that can be bought for 100 euros or less. Artists and gallery owners need to adapt to this. But there are exceptions, as Marc Scherer knows: "the exhibition by the New York street artist Futura 3000 in Münzstraße in Mitte six months ago was sold out within half an hour. The pieces cost upwards of 12,000 euros". Marc Scherer is often asked where one can find street art in Berlin outside of his gallery, but he finds this question harder to answer now than he did five years ago. Renovations in numerous areas mean that there now aren't nearly as many places where artists are able to express themselves. Illegal graffiti is generally removed the following day by the owners of the building.

"For the Backjumps exhibition, which was a street art exhibition in the Künstlerhaus Bethanien a number of fire-walls were painted on a large scale all around Skalitzer Straße", Marc Scherer explains. The district made the surfaces available to the artists because it had been agreed for some time that street art can add value to an area. "Then there are places such as the RAW-Tempel in Friedrichshain, but that's really a reserve for street art where 600 other people have already expressed themselves". Nobody would be shocked to see a colourful picture there. But Marc Scherer knows that street art can only thrive if it is allowed to roam free in its natural habitat. And that is neither in a gallery nor on legal surfaces, but in the street. 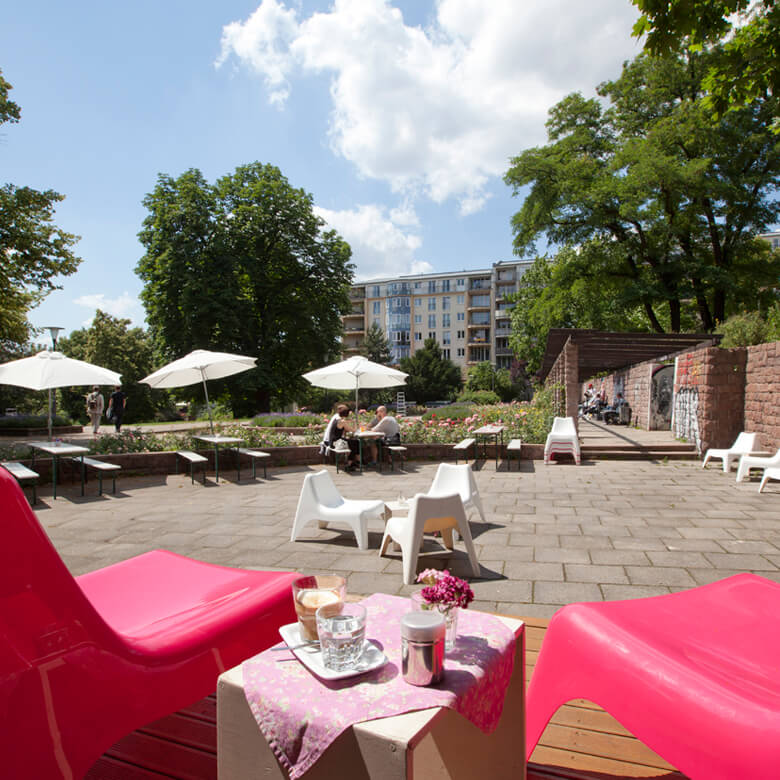 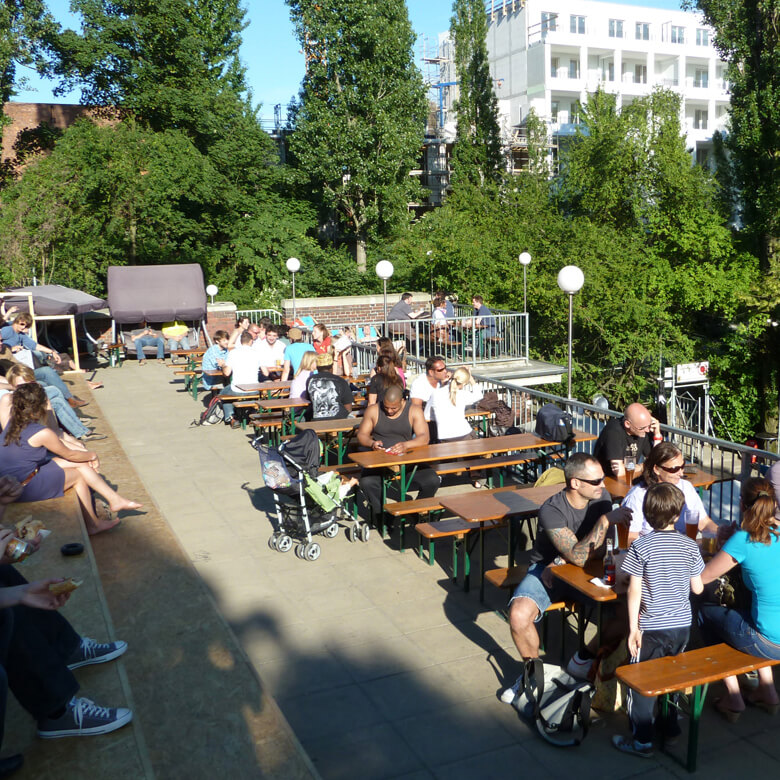 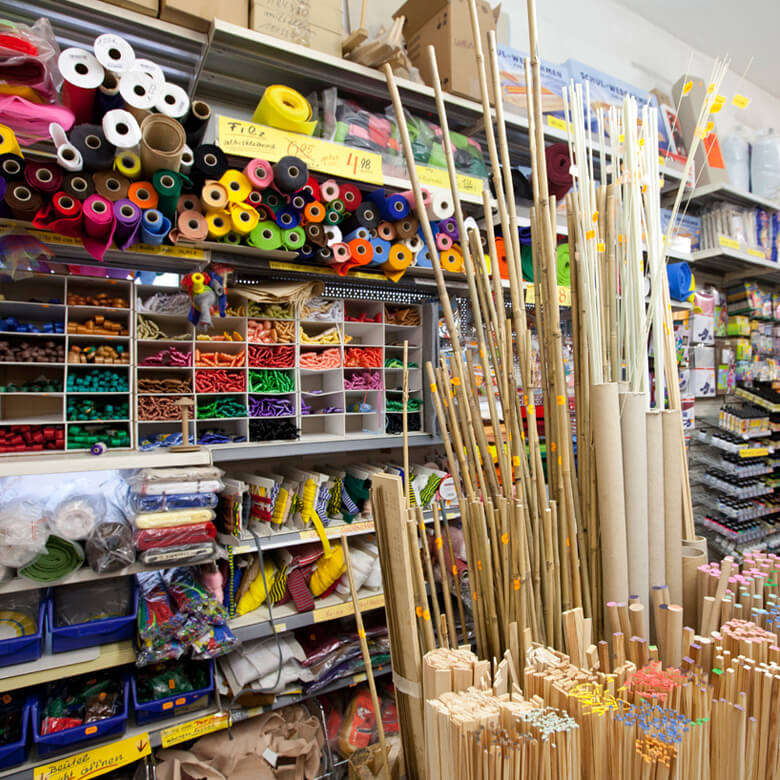 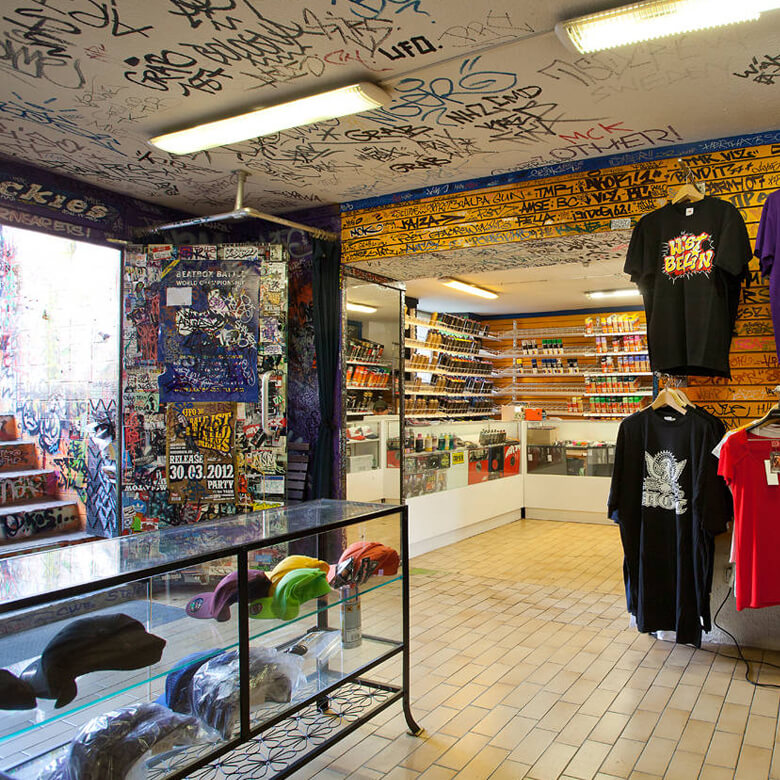 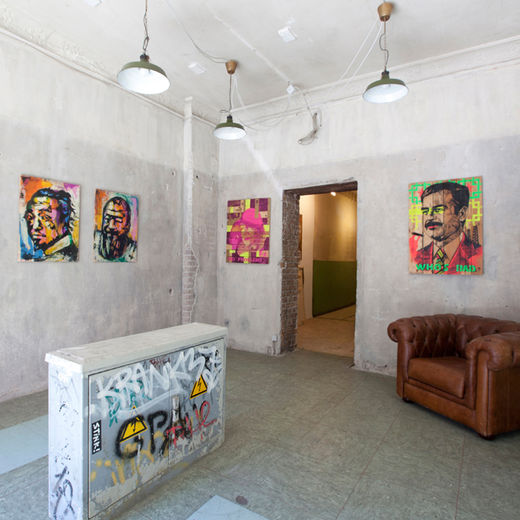 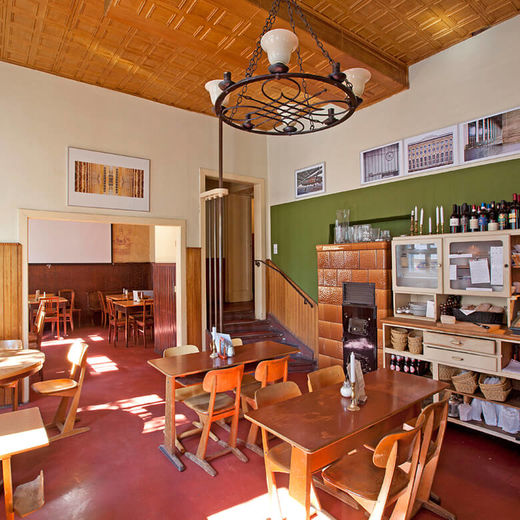 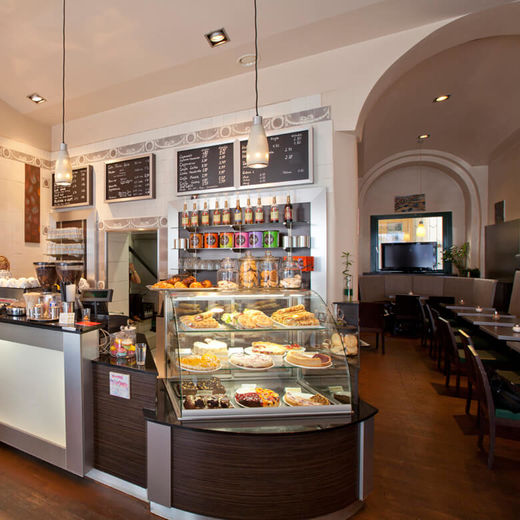