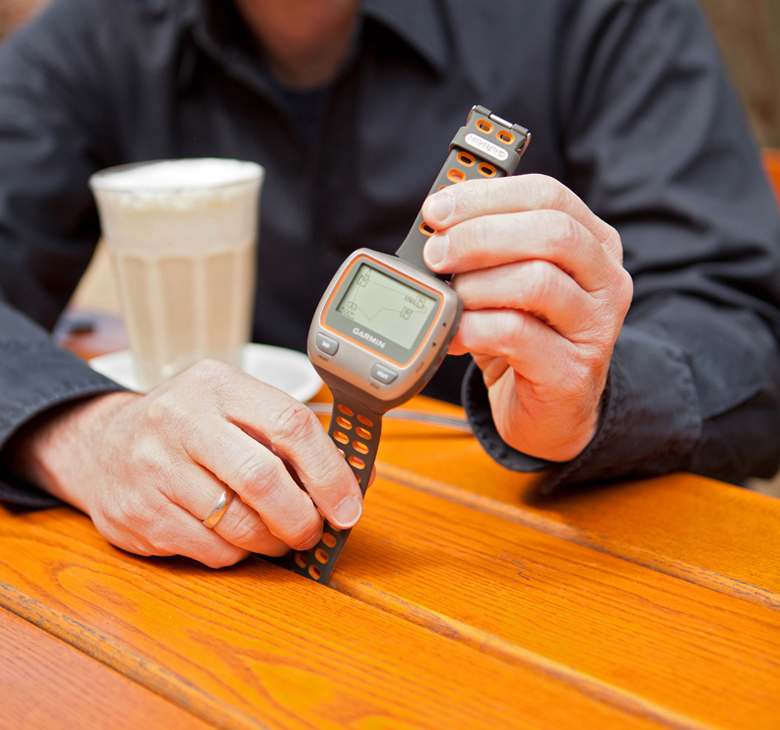 The star of tracks

The star of tracks

I rarely walk alone. Usually I take people along so we can chat.

Pale, unworldly and closed-off: all the prejudices usually brought out to describe computer geeks are impossible to apply to Klaus Bechtold. With his internet portal GPSies.com, the software developer has managed to combine his enthusiasm for technology with a love of sport, providing circuits for cycling and walking. He is one of the creative brains that have been steadily transforming Berlin into the Silicon Valley of Europe. 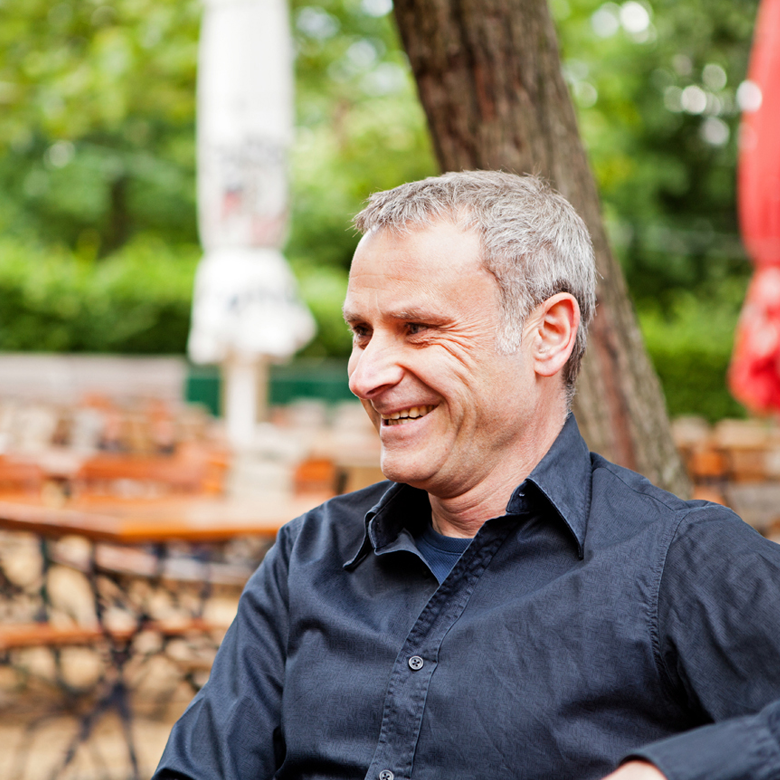 Many route descriptions are insufficient. That spurs me on. 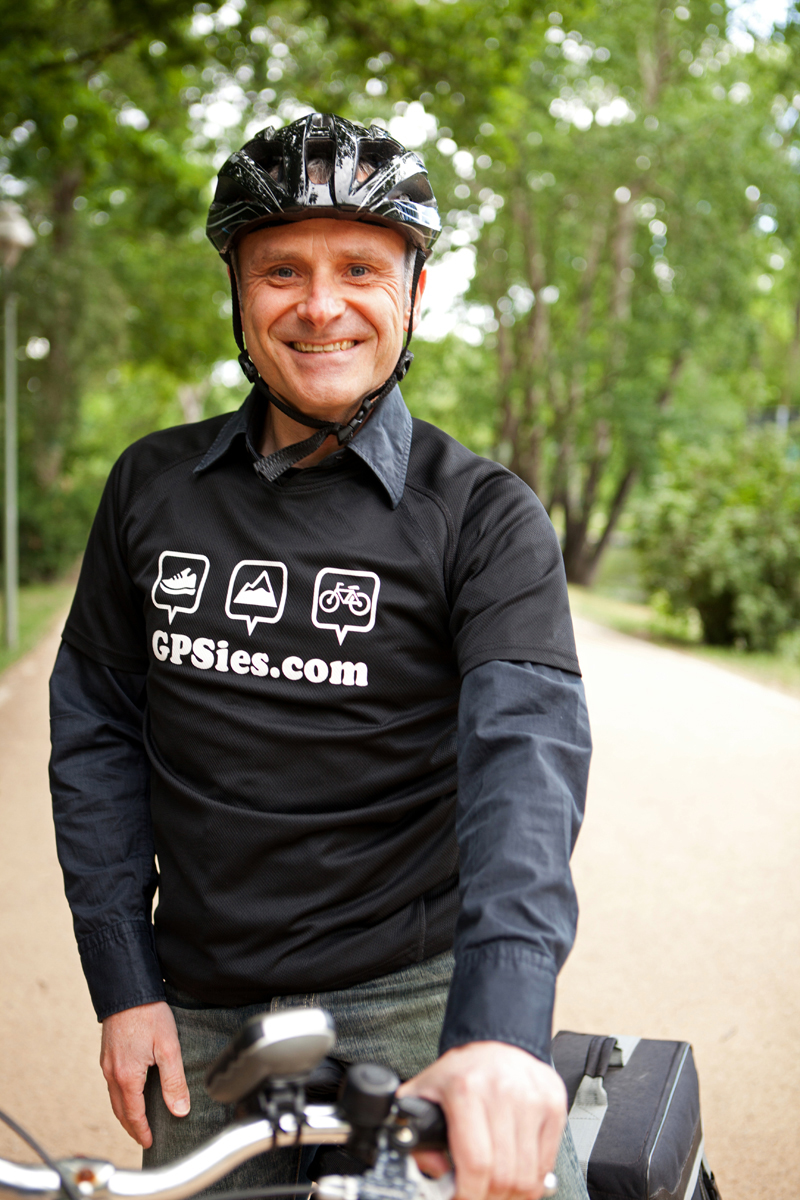 When Klaus Bechtold puts on his cycle helmet and mounts his bike, he’s not just considering the quickest way to get to his destination. At least as important to him is the route itself. Routes  – whether on foot or by bike – are his hobby, and that might even be an understatement. Since when he is not working in his job as a software engineer in an agency in the Mitte area, the 46-year old can be found cultivating the website GPSies.com (pronounced “gypsies”) for at least two hours a day and even more at weekends.

Here he provides 1.2 million itineraries free of charge that can be downloaded onto a GPS device or a smartphone. Users can also upload their own routes for joggers, walkers or cyclists so that they become accessible to the international community.

There are more than 1.2 million itineraries free of charge that can be downloaded on GPSies.

Klaus Bechtold himself loves to travel on foot or by bike, and ran three marathons and numerous half marathons. He is prepared to make a detour of up to two kilometres for a good bike route that has little in the way of traffic, so he knows that although road foundations and secret pathways through parks and green spaces are of great importance to cyclists, they rarely show up on the maps.

In most route descriptions, precise altitude measurements are missing. Yet this is an important piece of information because without it you can’t estimate how demanding that route is going to be”, he says. Klaus Bechtold has developed a method by which he can provide reliable altitude data from NASA satellites – all entirely legally, of course. There are 150,000 registered GPSies users, approximately half of them live abroad. Meanwhile, there are more and more smartphone apps being developed, including an iPhone app for sport enthusiasts that Klaus Bechtold has put together in collaboration with FALKE, allowing joggers, walkers and cyclists to record the routes that they have covered.

The Berlin computer scene booms. Klaus Bechtold is part of it.

Klaus Bechtold had the idea for GPSies back in 2006 when he was still using a GPS walkers’ watch – a clumsy great thing that is resistant to wind and weather. “I was experimenting a bit at the time”, he recounts. “Then Google Maps came out and that allowed me to develop an app you could use to visualise the routes that you’d covered”. A year later, the editor function was released and with it the possibility of creating your own online maps and transferring them to devices such as GPS watches and iPhones. Users of GPSies can now develop their own apps using a program interface. 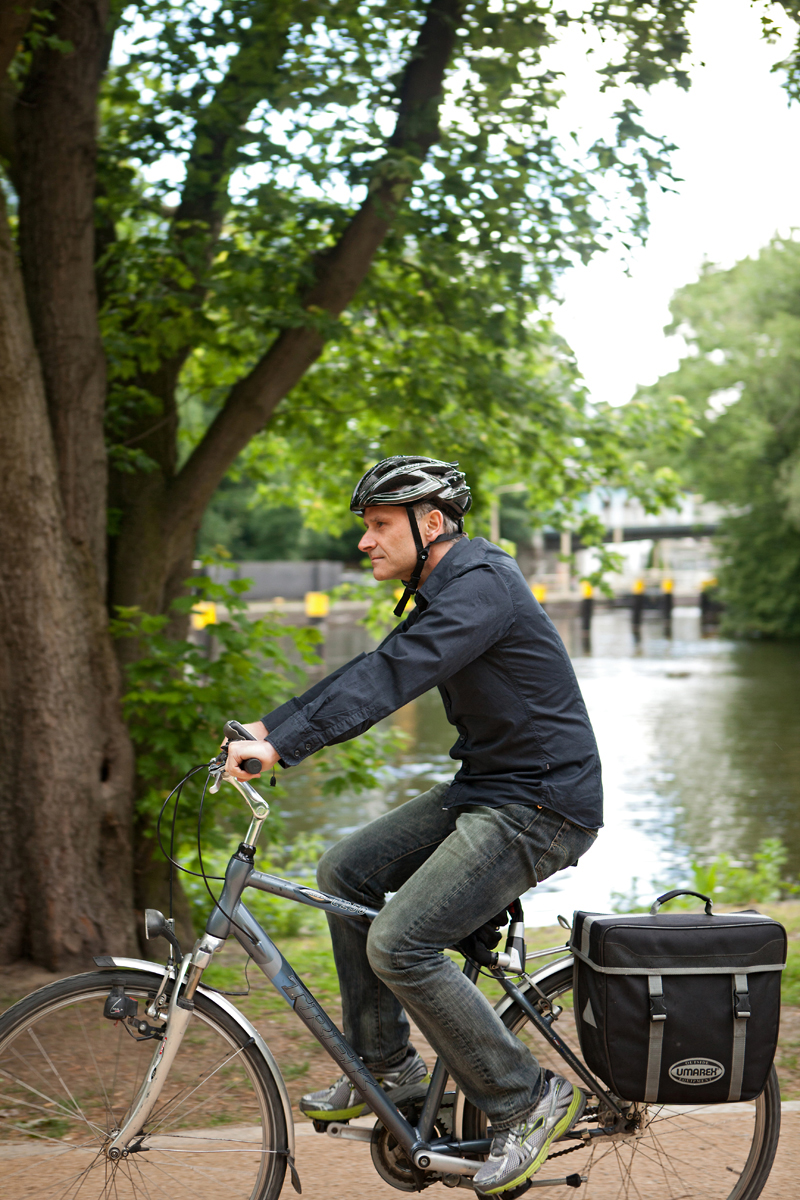 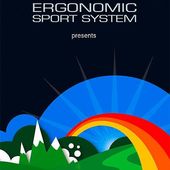 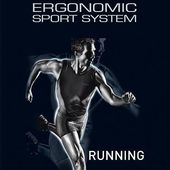 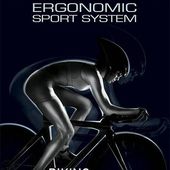 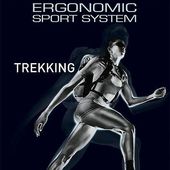 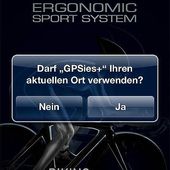 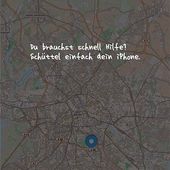 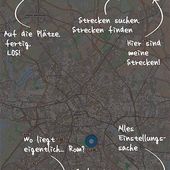 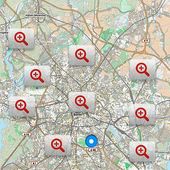 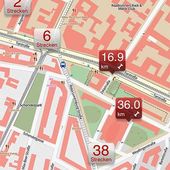 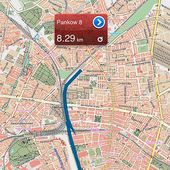 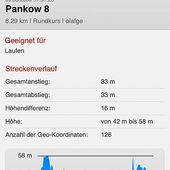 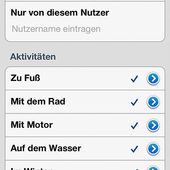 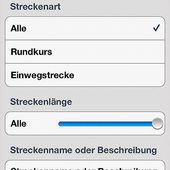 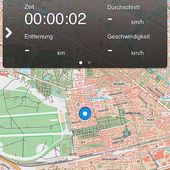 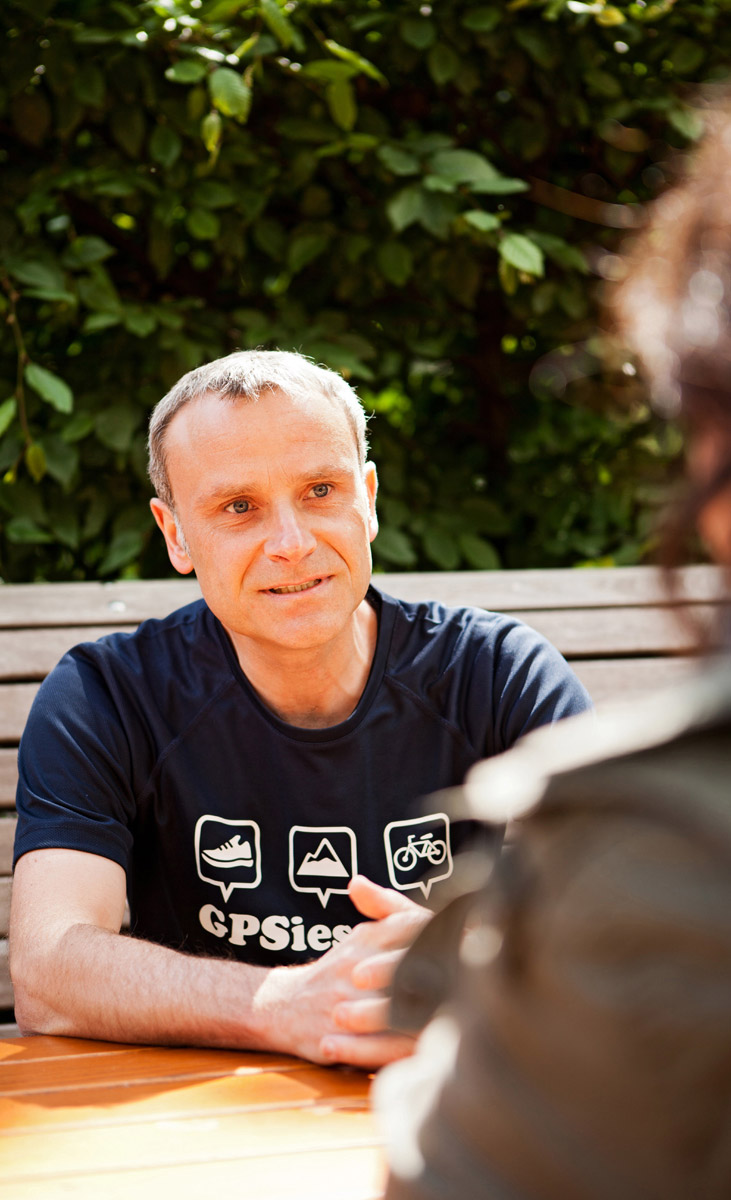 Ideas such as Klaus Bechtold’s have helped to transform Berlin into the Silicon Valley of Europe: entrepreneurial culture has been seeing a boom in the world of internet startups. Global players are also pitching up in town, with Twitter announcing intentions of opening up a German headquarters on the river Spree. Klaus Bechtold likes this creative spirit of optimism. He himself worked in a variety of start-up companies before he began at his current agency nine years ago, where he is now responsible for a big hotel reservation portal. Professionals like him are greatly sought after.

Klaus Bechtold likes to meet the administrator of his website at c-base.

A place in which the Berlin computer scene can be observed is c-base e.V., a club with rooms in an underground vault on the banks of the Spree, opposite the Jannowitz bridge. Computer monitors are embedded into the brick walls and people sit on worn old sofas drinking cheap beer, with barbecues outside in the summer.

A battered-looking spaceship stands in the centre of the room in reference to the founding myth of c-base, which states that billions of years ago a space station crashed down into the city centre leaving antennae in the shape of the Television Tower protruding out of the earth. Members of the hacker society Chaos Computer Club have been convening here since the mid-90s, along with many others including the Pirate Party, which was founded here. Klaus Bechtold regularly visits c-base to discuss new website features with his administrator. 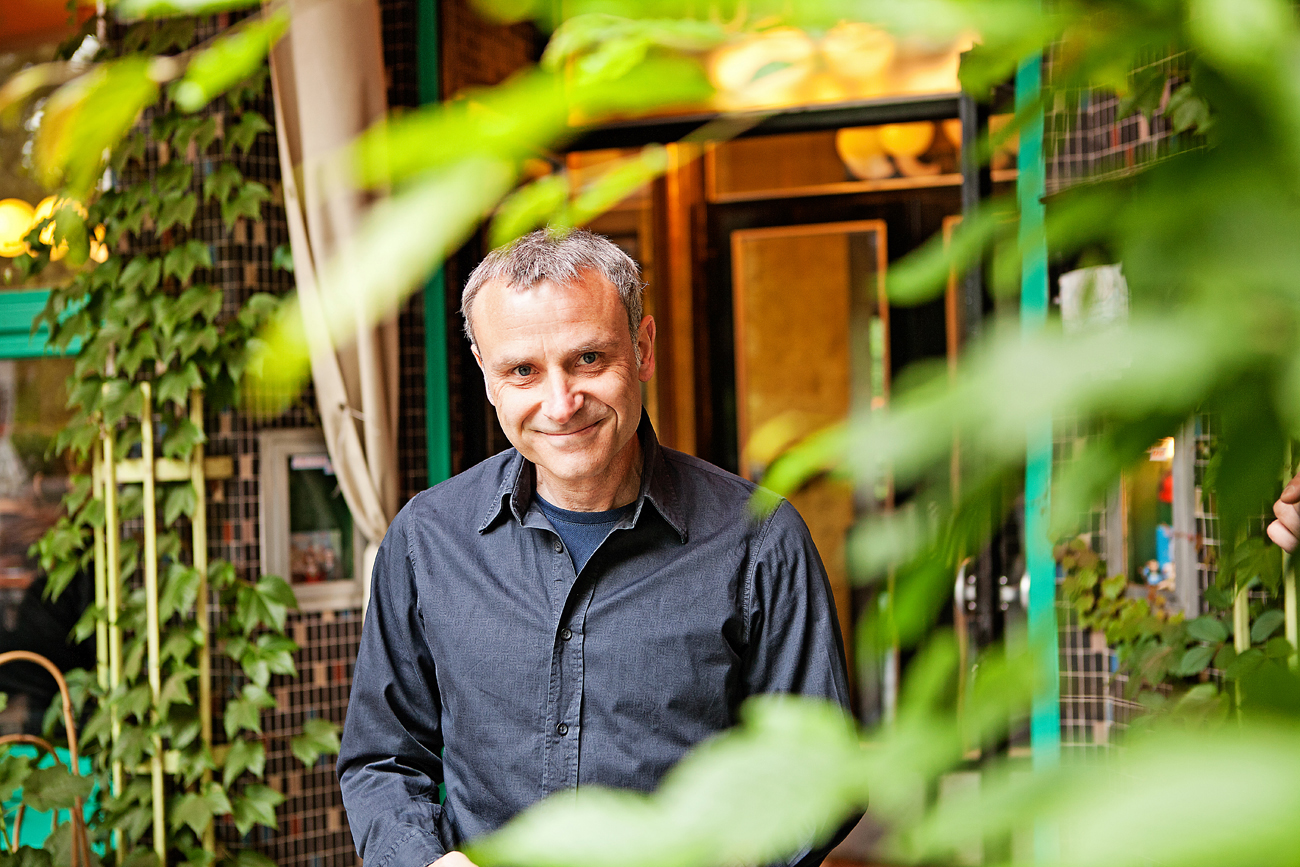 Twice a week he spurs his colleagues on to run. And afterwards, they like to go for a beer at the Schleusenkrug.

But his second-floor, old-style apartment in the middle-class area of Steglitz, where he lives with his wife and his ten and twelve-year-old children, is far removed from this cyber-bustle. “I’m always happy to cycle back to Steglitz after work”, he says. He doesn’t consider the area to be bourgeois in the negative sense: “that depends on the people that you socialise with”. When he goes walking along the Teltowkanal around the corner, he’ll often take a neighbour along with him. “I rarely walk alone. Usually I take people along so we can chat”. Twice a week he spurs his colleagues on to run laps in the Tiergarten, and afterwards they’ll go for a beer at the Schleusenkrug – a beer garden with a café and one of his favourite places in the city centre. 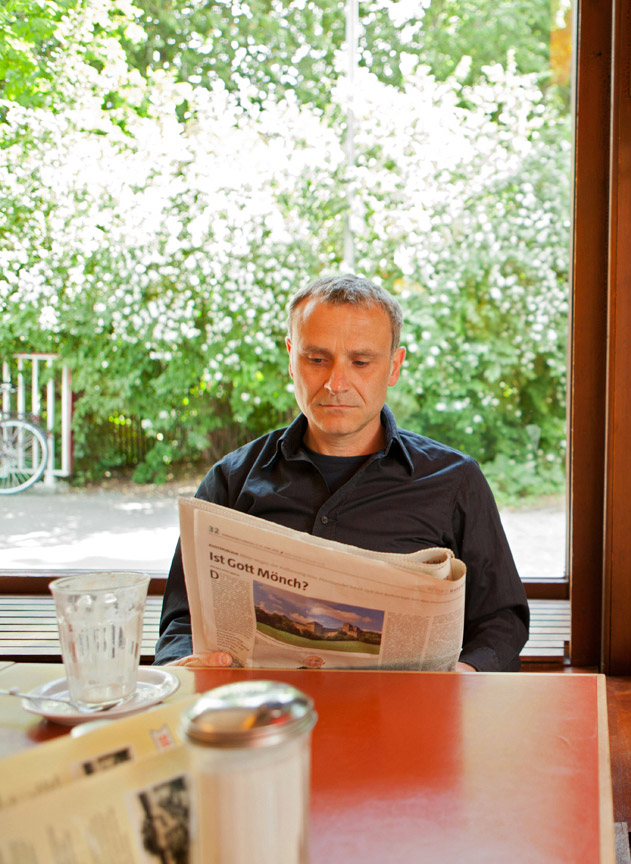 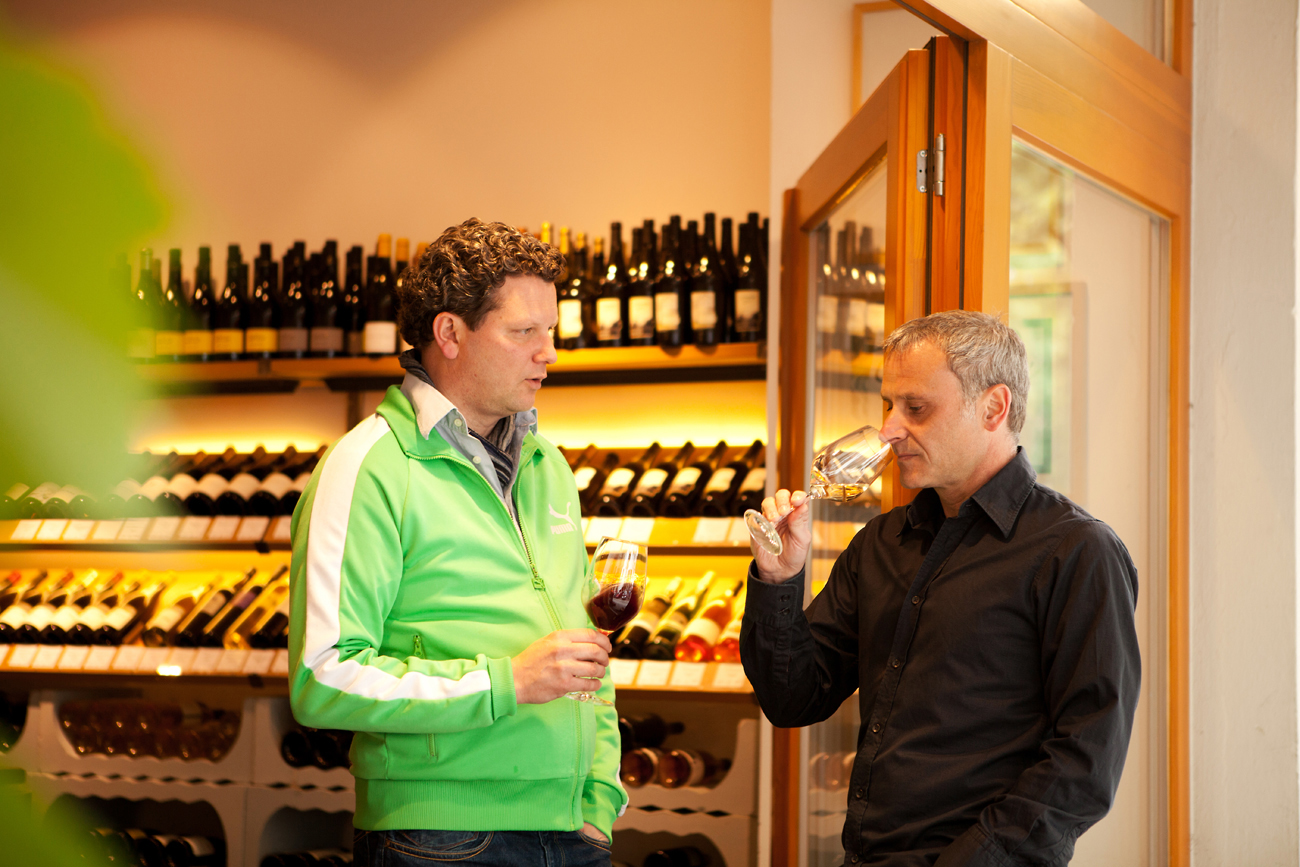 Not far off is the wine merchant Viniculture, between Savignyplatz and Kurfürstendamm. Owing to its carefully selected assortment of natural wines, Feinschmecker gourmet society recently declared it to be Berlin’s best wine dealer. Its owner, Holger Schwarz, is a childhood friend of Klaus Bechtold. “As schoolchildren we both helped with the wine harvests where we grew up in the Palatinate region, it was back-breaking”, Klaus Bechtold remembers. Years later, the two friends would be continually drawn to travel to wineries together – an excellent way to get to know the art, locations and people involved.

Klaus Bechtold has also kept on discovering new things in his immediate surroundings. He recently travelled a section of the Berlin Wall cycle path with his wife, describing it as “a really beautiful route”. During this bike ride he came across new ways in which the work of GPSies is still needed, such as when a section of a route is unexpectedly closed off. “My vision is that of producing individual maps for cyclists, runners or inline skaters. That’s a huge amount of work, so I probably won’t be able to do it alone”, he says. Luckily enough, though, Klaus Bechtold is in good company in the cyber city of Berlin, along with his extensive community at GPSies. 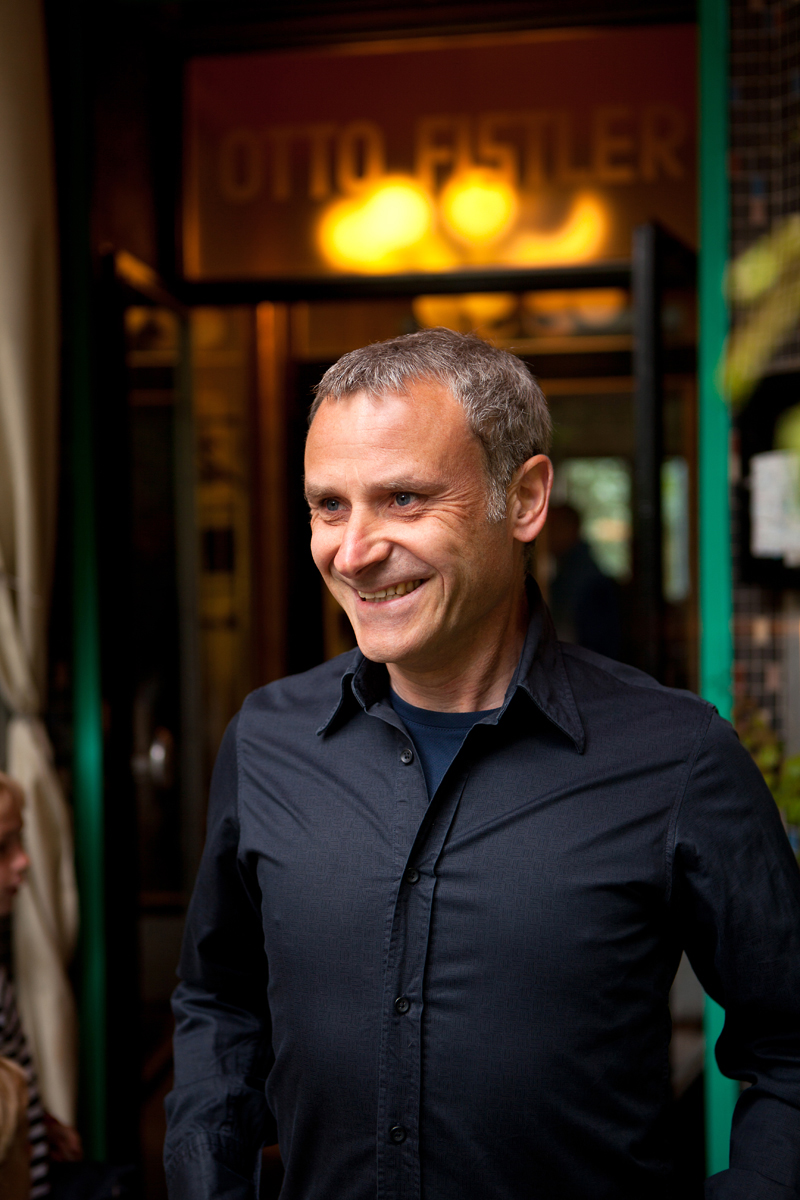 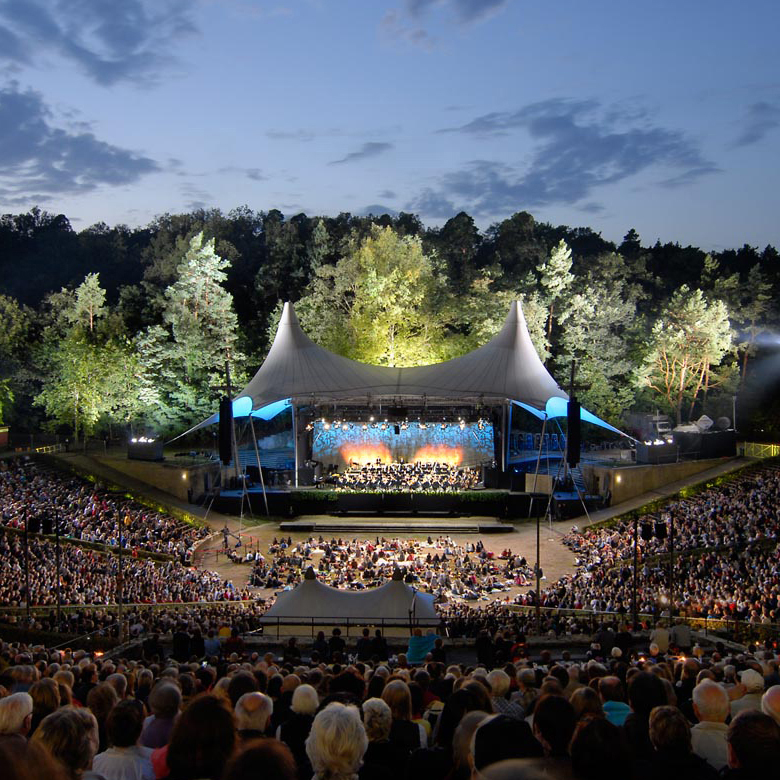 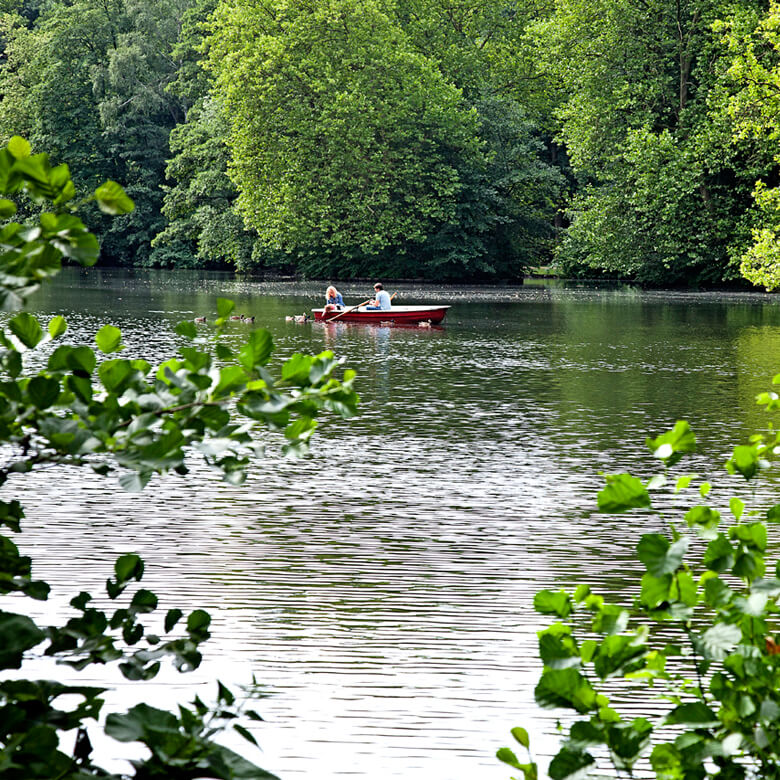 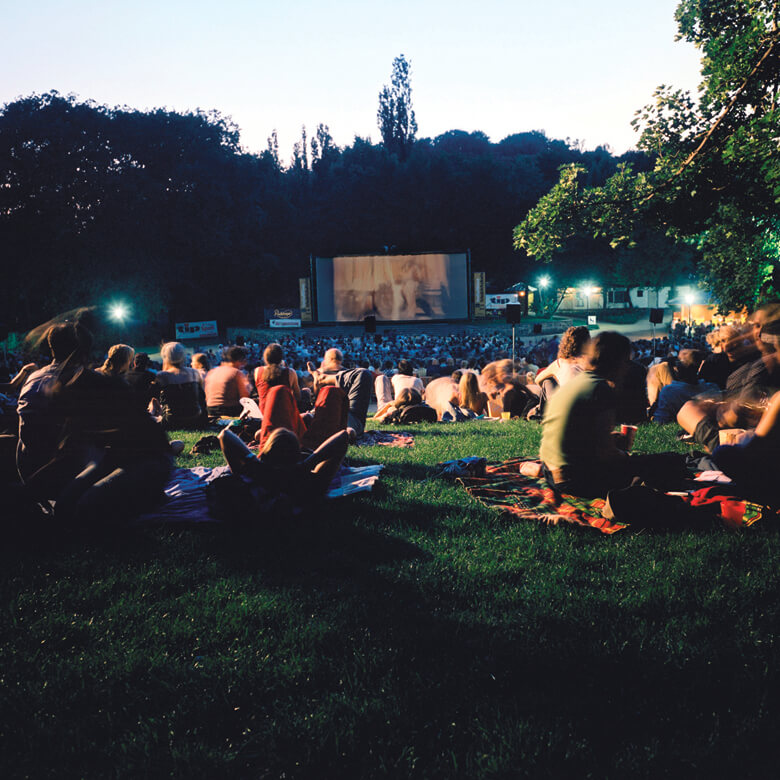 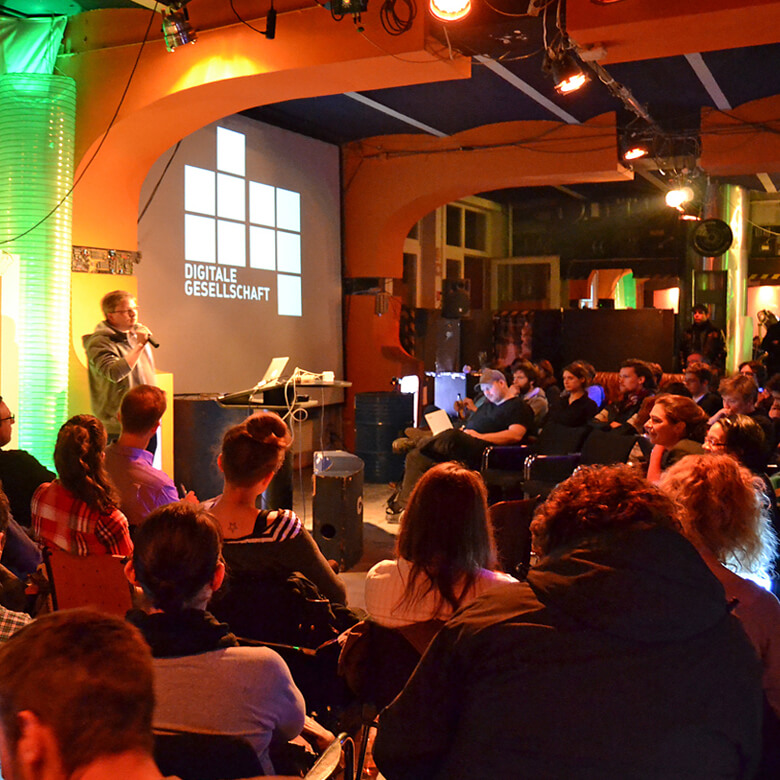 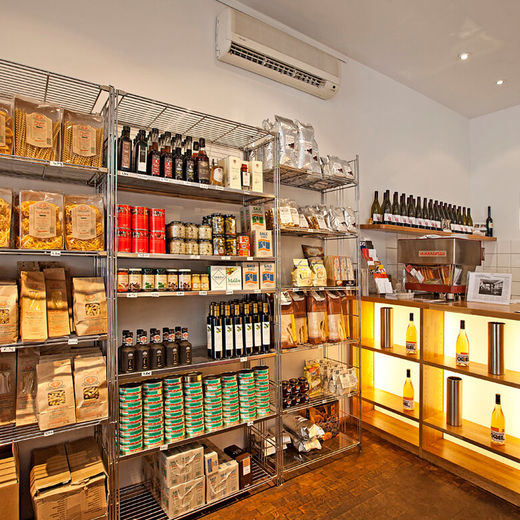 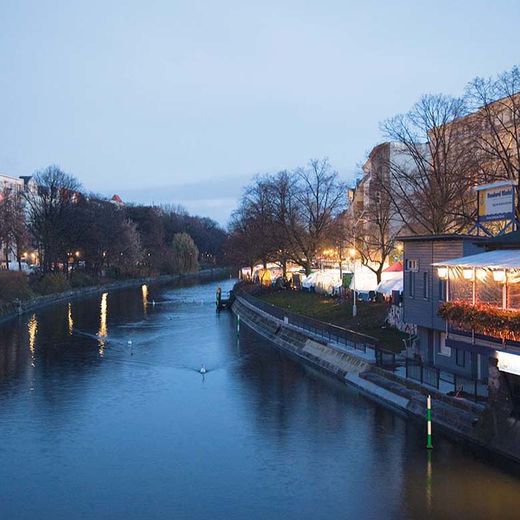 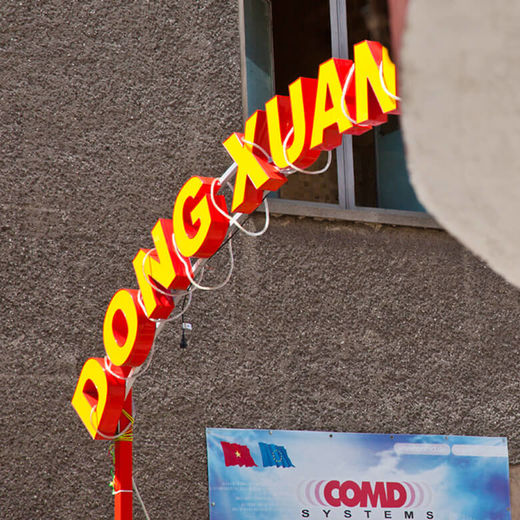